The idea of illusion is where there’s a distortion of the senses that is different from reality. Suppose the same idea is presented with the help of technology is known to be virtual reality, where things may seem real but aren’t. Science fiction work has appeared to show elements of the virtual worlds.

Virtual reality(VR) has been widely popular since the game Sims and has given an idea to the generic audience who are new to Virtual Reality.

Metaverse is a type of VR technology. The concept of Metaverse is that it is accessible through VR headsets. However, they also have many differences as Metaverse and virtual reality are not considered the same.

What is the concept of the Metaverse?

Metaverse is a concept extracted from a novel by Neal Stephenson called ‘Snow Crash.’ The Metaverse is often portrayed as a step in the evolution of internet technologies since it defines the metaverse concept as a place where a protagonist can escape reality and gain a new identity and recognition.

The Metaverse allows users to explore the virtual world and interact with different types of virtual locations and things. It also enables users to have their currency made and utilize it in their economies.

The Metaverse is utilized for a better user experience and can be witnessed through AR/ VR glasses and mobile phones.

Difference between Virtual World and the Metaverse

Many audiences may believe that the virtual world metaverse consists of single VR technology. This is not the case because it’s a shared and persistent virtual world similar to the real world and enhancing it.

Today, Metaverse is very different from the internet because it not only requests information from web servers. Metaverse can access online content and virtual spaces as a person in the form of digital avatars, which reside in the virtual space.

Serves a vast shared virtual world where users have no restrictions through Metaverse. E.g., don’t log out of a game to visit a virtual museum in the Metaverse.

Why is Metaverse suddenly popular?

The core reason for the popularity of Metaverse is that the owners of big tech giants like Mark Zuckerberg or Satya Nadella talk about it, claiming that Metaverse is the future of the internet. Facebook rebranded to Meta and announced it would focus on the “metaverse.” But what that term means hasn’t been clarified yet.

Many companies only offer broken game worlds with NFTs. Meta is building a VR social platform, user-generated video games can be found on Roblox, and some do not offer anything beyond NFTs.

However, representatives from other tech giants believe it to be very contemporary and can not have a definition too soon. Many others also believe that a lot of hype is given to it because a lot of money is spent on the marketing of Metaverse for selling and exhibiting the idea.

What does Meta offer?

Since Metaverse caters to augmented and virtual reality, it offers a combination of physical and virtual worlds, i.e., the Fortnite app may categorize itself as a Metaverse because it can be operated through various servers and Pcs. That further pushes the idea forward of digital currency; as mentioned in this article, a kind of economy, virtual money, etc., is now created.

In a sense, Fortnite represents the “metaverse,” rather than Google representing the “internet.” Although Fortnite is a popular social game where you can buy things, learn, and play games, it doesn’t always mean that it is all that people and companies consider “the metaverse.” Likewise, Google isn’t the whole internet, even though it builds parts like data centers and security layers.

You will need a laptop and a crypto wallet to access the metaverse platform. Comparatively, smartphones and most computers can be used to access it. Despite this, they cannot provide optimum performance due to their lack of processing power. Facebook is therefore developing hardware like smart glasses so users can easily access the Metaverse.

Following that, create an avatar that will be required to explore the virtual setting and connect with people. This is a thorough process through which open Metaverse can be accessed.

Many technological companies, the new market entrant, are now envisioning and focusing on creating virtual worlds, often like Tech giants like Microsoft and Meta. A variety of smaller companies and startups are also building the infrastructure to create better virtual worlds that mimic our physical world, including Nvidia, Unity, Roblox, and even Snap.

The inconvenience of the fact that Metaverse is complex and not profitable has led to slightly different terminology. The term “metaverse” is now commonly used by companies or advocates to refer to any single game or platform. By this definition, a virtual concert app and a video game would be considered a “metaverse.” The collection of these metaverses is sometimes referred to as a “multiverse of metaverses.” Or maybe we’re living in a hybrid universe..”

Features of Metaverse are also different because when the internet came into being, it provided options for hyperlinking text, connection, and other features. Similarly, Meta has entered the market and has gained popularity among users and various technology companies as a product of technological innovation, offering the possibility of hosting hundreds of people simultaneously.

In one server instance (idealistic predictions claim that the Metaverse will grow to thousands or even millions at the same time, but this may prove to be overly optimistic), or motion-tracking tools that can identify the location of a person’s hands or where they are looking. These new technologies can be very interesting and feel innovative.

Although there may be limitations, they may not be able to overcome them. Technology companies such as Microsoft and Meta often gloss over how people will interact with the Metaverse when they show fictionalized videos of their future visions. In addition to being clunky, VR headsets are generally uncomfortable to wear for extended periods. Most people feel motion sickness or pain when they wear them for too long. A similar issue faces augmented reality glasses, along with the not-insignificant matter of how people will wear them around in general without looking like a weird person. Other than that, mental health issues may appear because of constant usage. There are also access challenges associated with VR that many companies are ignoring at the moment in the industry.

Furthermore, it requires extremely fast internet to operate in a manner that benefits the audience. It also requires an excessive amount of digital tools and is extremely costly, which may create not only a disparity between reality and virtuality but also among the users as not everyone can access it.

The tech industry at large is indeed somewhat dependent on Futurism. It’s fine to sell a phone, but it’s more profitable to sell in the future. In reality, it may be that any real “metaverse” will be similar to the features of the internet, i.e., the avatars on any app.

VR, drones, Metaverse-related digital technology, and much more are now normalized. However, advancements and upgrades in the existing and new products by startups and established firms will be new and closer to the real world. At the same time, Metaverse completely doesn’t classify as virtual reality. Metaverse will continue to branch out more features and disrupt the market soon.

“Is internet explorer shutting down?” has been the most asked question by the users as soon as the news about its shutdown has been released because in some way or another its users have an association with the legacy it holds. Some audiences also express disappointment because it is still used for administrative purposes in regions like Asia.

MIT Computer Science & Artificial Intelligence Laboratory tweeted “Rest in peace, Internet Explorer. You’ll be missed. We feel old.” Tom Warren, a Senior Editor for The Verge reacted to Internet Explorer’s shut down by tweeting a meme and stating: “is internet explorer truly dead?”; Many prominent personalities, organizations, and people had shown their concern for its shut down; but at the same time relieved because according to them Chrome has been the ultimate user-friendly browser for them.

Get Exclusive
Tech Updates for Free

We write to give you the latest technology news and updates directly in your inbox to keep you ahead.

Have Query? Talk to Us

Have Query? Talk to Us 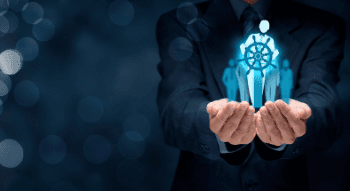 Business Growth
10 Incredibly Useful Tips To Drive High Team Performance
Building a solid team is the first step in leading your business toward success. The second step is to keep your team performance high so
Read more 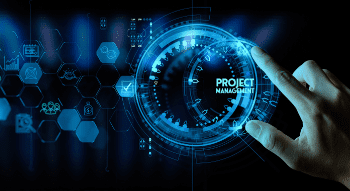 Project Management
A Step-by-Step Guide to Project Management Process
A smart project management process is the need of the hour. Studies confirm that 77% of businesses are successful in meeting their desired goals when
Read more 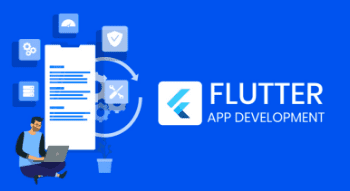 Development
12 Must-Have Flutter Developer Tools That Will Simplify Your Life
Does the Flutter framework make your heart race? If so, you're not the only one. You have every reason to be thrilled about Flutter and
Read more
1 2 3 … 9 Next »